The PUNcast went to Comic-Con International: San Diego entrenched with the crew from The Orville itself to cover the event and panel featuring the cast and producers of the show. “Digital Content Producer” Dan Taylor shares with PUNcast co-hosts tidbits of info for any and all fans of The Orville. Also, hear the audio portion of The Orville Comic-Con panel from the first question asked by moderator David A. Goodman to the last audience question answered by the cast. Be sure to follow Planetary Union Network: The Orville Fan Podcast on Facebook, Twitter, Instagram, and Tumblr. 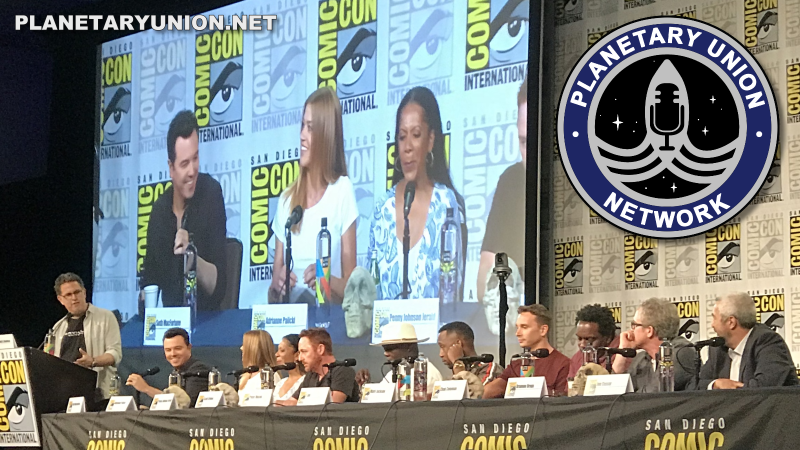 With guest David A. Goodman

The PUNcast is pleased to welcome guest David A. Goodman, executive producer of The Orville, as well as writing the episode “The Krill.” Co-hosts Dan, Joe, and Michael hurl questions at Mr. Goodman ranging from his upcoming book The Autobiography of Jean-Luc Picard (yes, some Star Trek stuff) to the nuts-and-bolts of writing The Orville and other behind the scenes insider scoops.